Smith & Wesson has recovered the scepter. Arrived in Italy with ten years of delay for bureaucratic reasons, the Model 500 and the powerful .500 Smith & Wesson were presented in 2003. 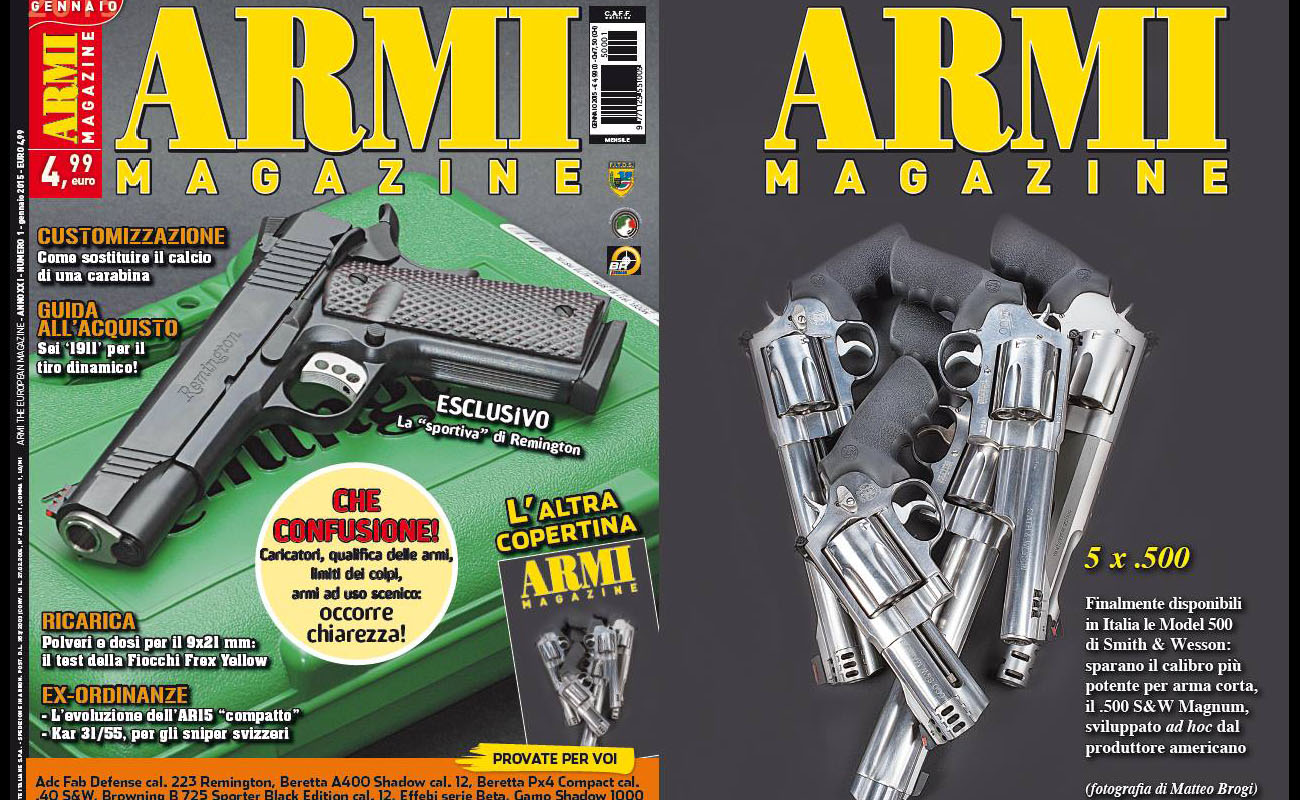 The development of such a powerful revolver required some study that produced a cartridge with considerable performance and led to the overcoming of the "N" frame (Large frame) that, until the early 2000s, was the most massive frame made by S&W. It was therefore developed the new more robust X frame (X-Large frame) that shares, with the n-frame, the grip. 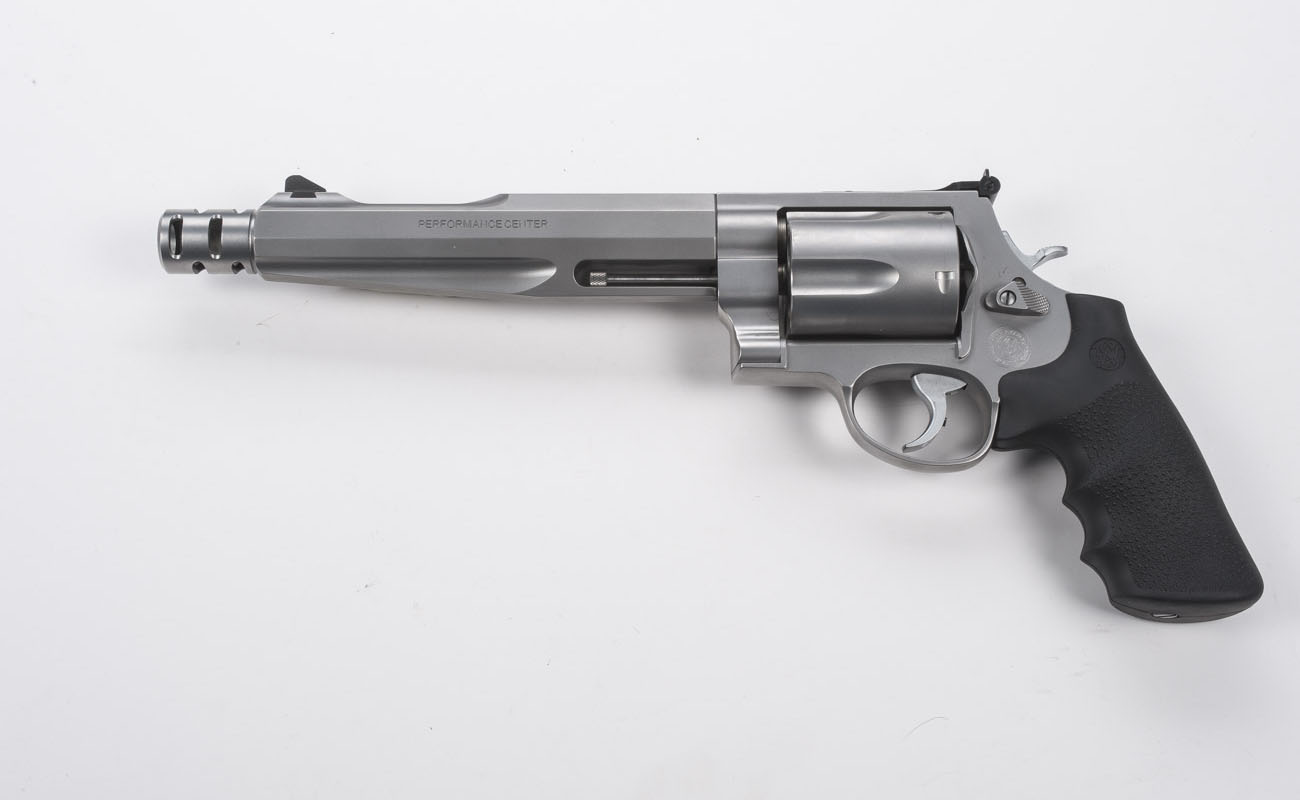 Five Model 500 versions arrived in Italy: one with a 4-inch barrel, to progress with the 6.5" and 7.5" barrelled types (the second one developed by the S&W Performance Center), to finish witha 8 inches and 3/8, this offered in two versions that differ in rear sights and type of muzzle brakes adopted. The manufacturer's 2014 catalog mentions a second version from the Performance Center. 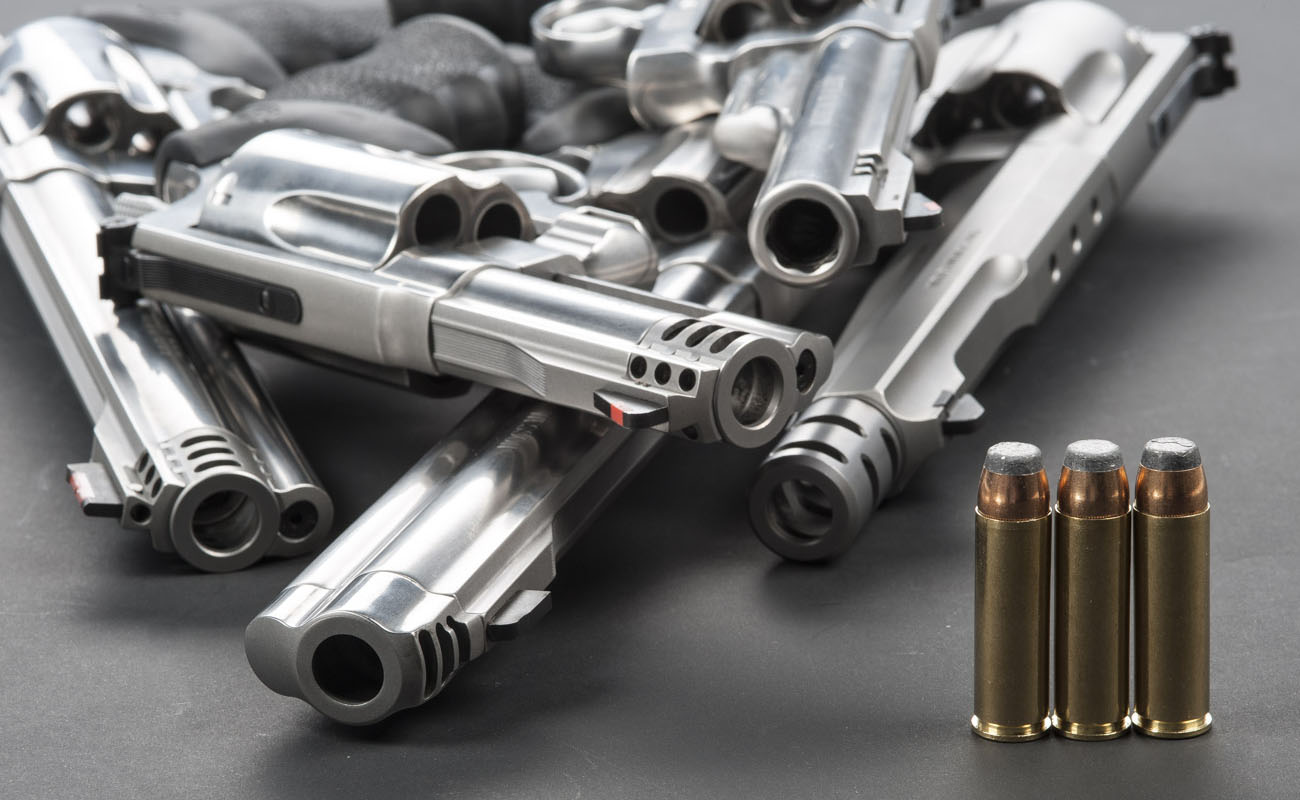 At the range, the Model 500 has shown what is the caliber chosen ... a rabid beast. I found it easy to hold thanks to the size of the grip; the considerable weight of the frame effectively counteracts the recoil, the compensator helps to keep the target alignment but the .500 is an ugly beast. Violent, domineering, kicks like a mule and urges the wrist, just below the first joint of the thumb, with a feeling decidedly unpleasant. 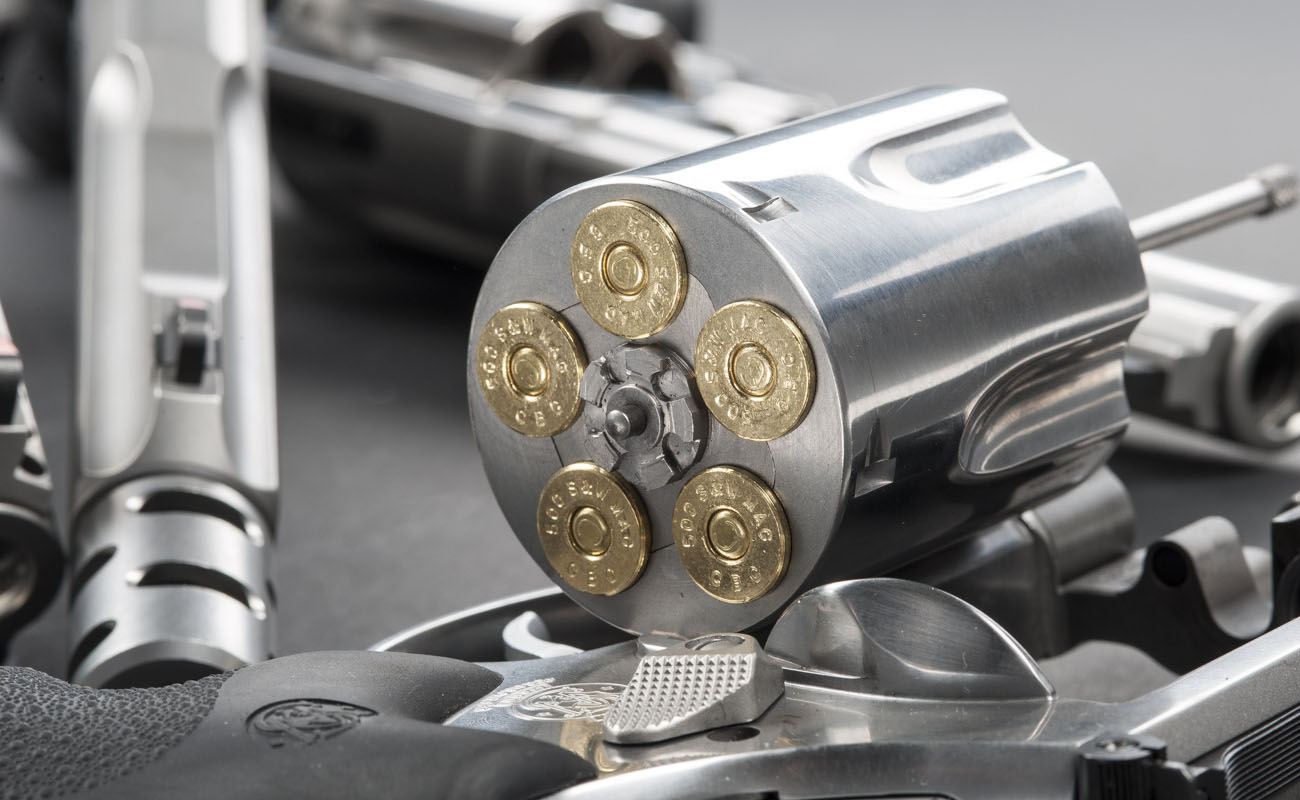 Cor-Bon currently proposes three different bullet weights so as to produce important performances: 325 grains (550 m/s and 3,190 Joules), 400 grains (495 m/s and 3,184 Joules) and 440 grains (425 m/s and 3,552 Joules)... energies in excess of a good 15% of the second most powerful commercial cartridge in production (the .460 Smith & Wesson Magnum, developed in 2005 by the same manufacturer in collaboration with Hornady). The offer proposed by various other manufacturers ranges between 265 grains of more docile to 700 grains of the most aggressive ammo; intermediate bullets between 400 and 440 grains offer ballistic performance comparable to 12 gauge slug loads and make it the appropriate caliber for hunting all European and American species, including the grizzly bear. 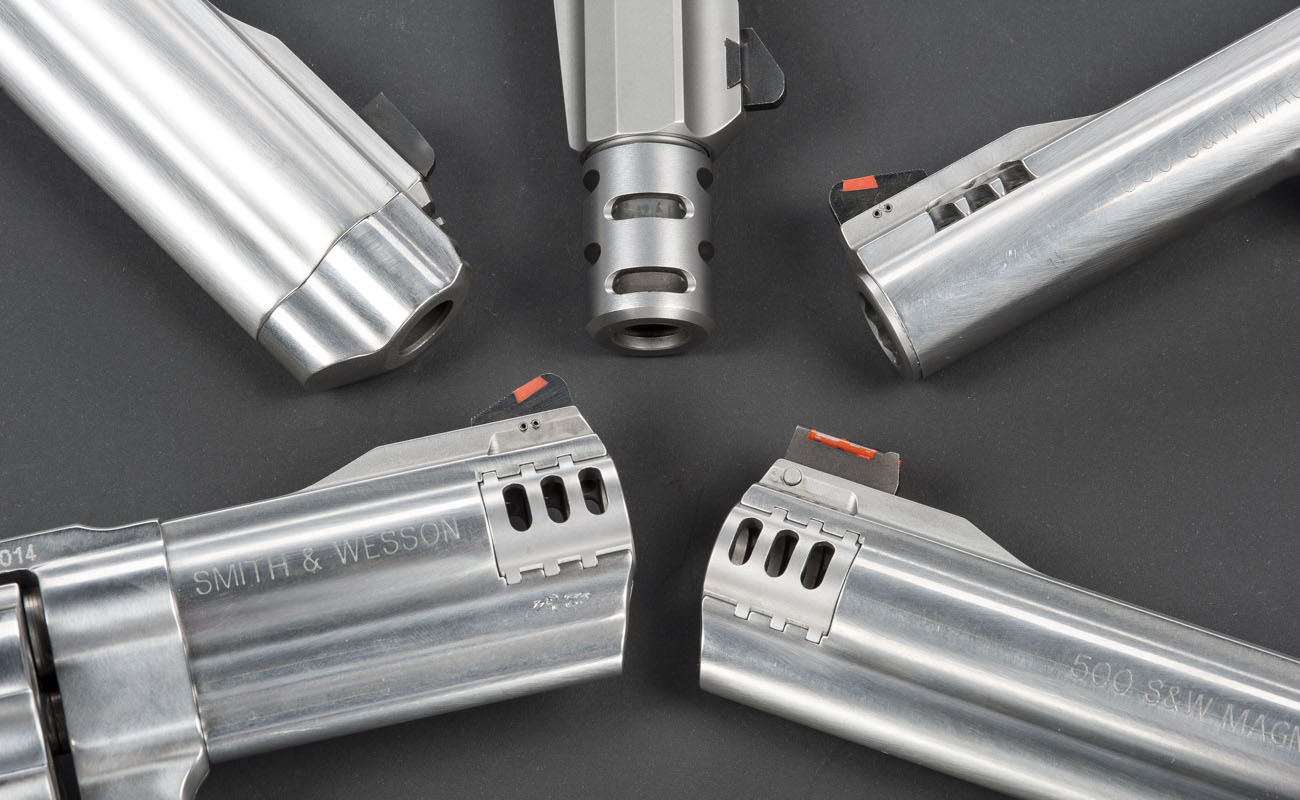 The full test is published on January 2015 ARMI MAGAZINE issue.