Posted on January 10, 2015 in About photography

Ezra Pound in 1971 described him as "the prince of photography, master of interpretation of shape and atmosphere." When I first met David, in the 90s, we soon became friends and he became my mentor. Before every important assignment I used to visit him and talk about photography in front of a cup of tea. I still keep his suggestions as a precious gift. Today, a decade after his death, I try to honor his memory by publishing a collage of the interviews that I gathered between 1997 and 1999 and published on two monthly Italian magazines. I'd like to ask him, today, his opinion on digital world and on the new market for photography. I believe that he would have been able, as always, to make a clear and illuminating analysis. Ciao David. 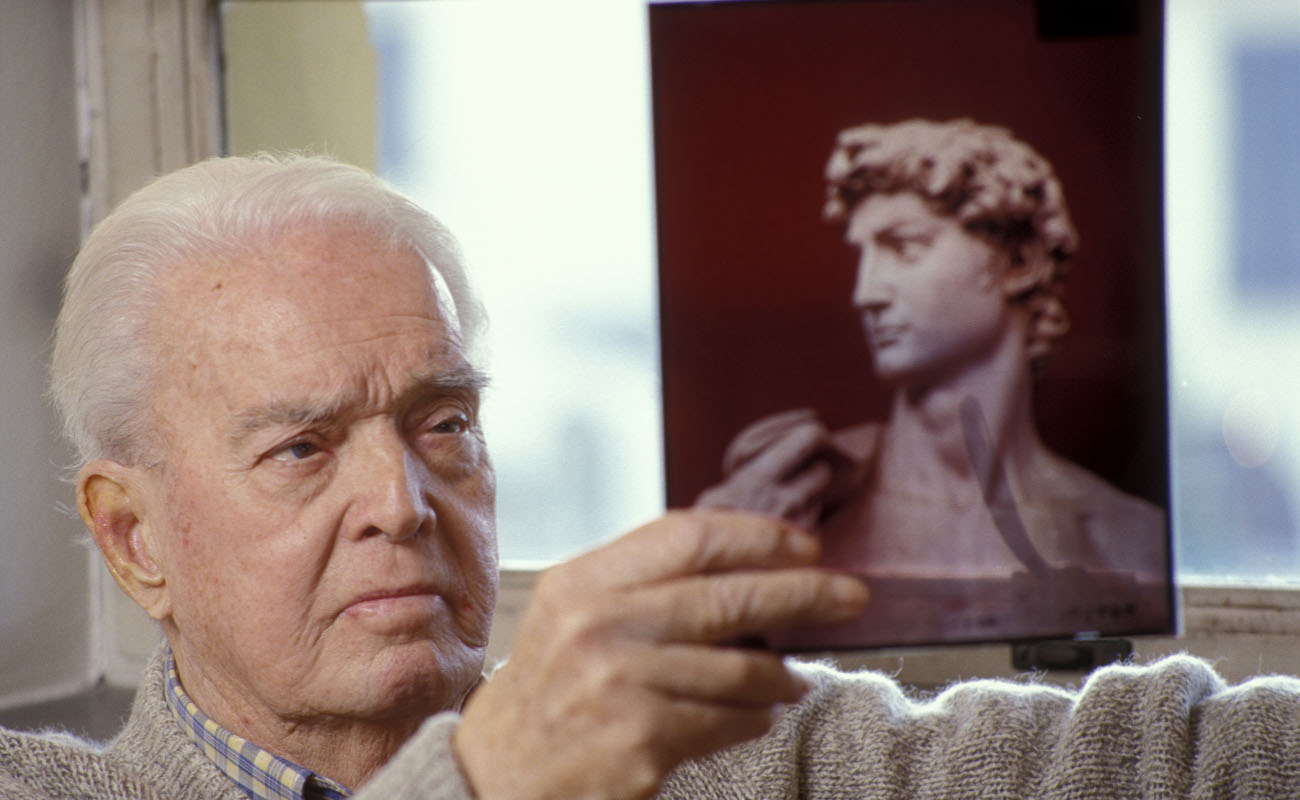 David Lees was born from the association, clearly not only intellectual, between Dorothy Neville Lees, British poet who chosed Florence as her hometown, and Edward Gordon Craig, one of the most innovative theater actor, director and stage designer. Son of English parents, he will opt for Italian citizenship in 1937, serving Italy as an alpine trooper for seven years on the Western Front and in the greek – Albanian campaign.
From Florence, with his first Kodak Ves Pocket, he started at fifteen to describe scenes of everyday life; in these early days, he published correspondences on British newspapers, then followed the collaborations for Le Ore, Picture Post, Colliers and Esquire until the landing, in the early fifties, in the group Time-Life-Fortune of Henry Luce. For Life, which owes much of his professional success, David Lees was correspondent for Europe and the Middle East until the close of the glorious magazine, which occurred in 1972. In those years of hard work, he was one of the most accredited interpreters of History and signed pictures of rare effectiveness: among his reportages, the most famous treat the poetry of Garcia Lorca, Byron and Shelley, the Florence flood and disaster of Longarone, the Vatican events since the death of Pius XII to the coronation of John Paul II, the Etruscans, the places of Abraham and Moses.

"With the birth of LIFE in 1936 – he told me - the reader was finally able to see places and situations illustrated with great skill. Life, following the intentions of the founder Henry Luce, was inserted in the tradition inaugurated by TIME - another creature of the American publisher - to show what was happening in the world. And since Luce argued that a good picture worths a thousand words, the more space in the newspaper was dedicated right to the images, relegating text in simple caption, with the writer functional to the realization of good pictures when not a simple assistant to the photographer. The great success of the group TIME - LIFE was due to the acumen of Luce, who had invested for the best, from the staff to the technical materials." 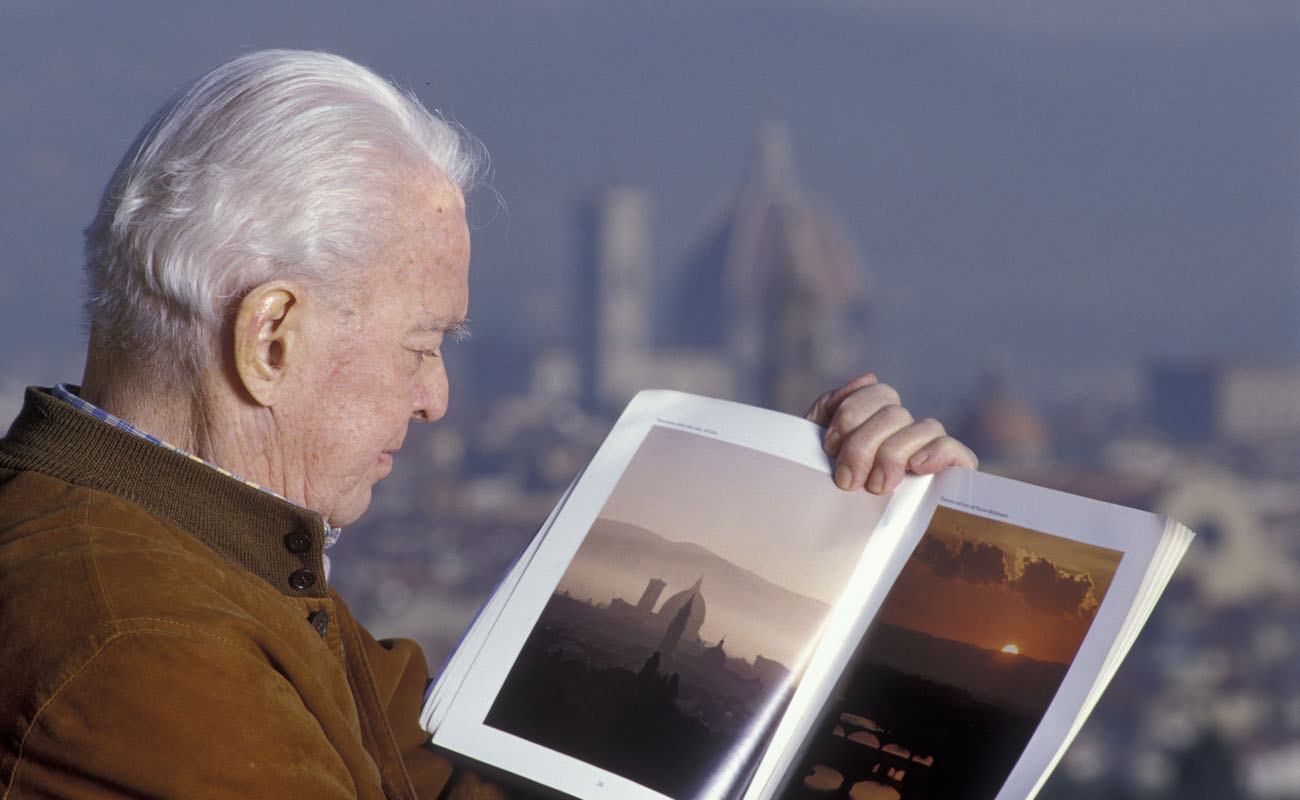 David on the terrace of his apartment in Bellosguardo, Florence, where took a picture remained memorable

A world of photography that no longer exists... what are the causes of the decline of this form of art?
In the beginning there was only photography and cinema. Then, when television became a mass media, paper publishers were deprived of their livelihood: advertising. This resulted in a severe crisis in the sector that actually led to the closure of LIFE, in 1972. Subsequently, publishers - who have not invested in the image underestimating the ability of appreciation of the reader -, the shameless use of color - which lacks the drama of black and white photography - and the lack of a real criticism - inadequate because culturally inadequate were the critics - were complicits in this decline. But upstream must not be forgotten that, at least in Italy, photography establishes itself as craft work, without a solid cultural base behind: and if, as I believe, there is no art without culture, there was not even room for Photography. Subsequently the publishing houses, after having exploited, humiliated this tool often expropriating authors of rights over their images, paying them a pittance.

In an age when television had not yet supplanted the informative role of the press, Life revealed to the reader, weekly, places and situations where no one else could take him; on these pages David found the ground to express his expressive vocation. The conclusion of this experience led him, in the seventies and eighties, to engage in the fields of commercial photography in addition to new collaborations with magazines such as Sports Illustrated and Smithsonian. Even late in life, David was a source of ideas and from his house passed so many young people who wanted to live in his stories the epic of great photography and passion for new challenges. 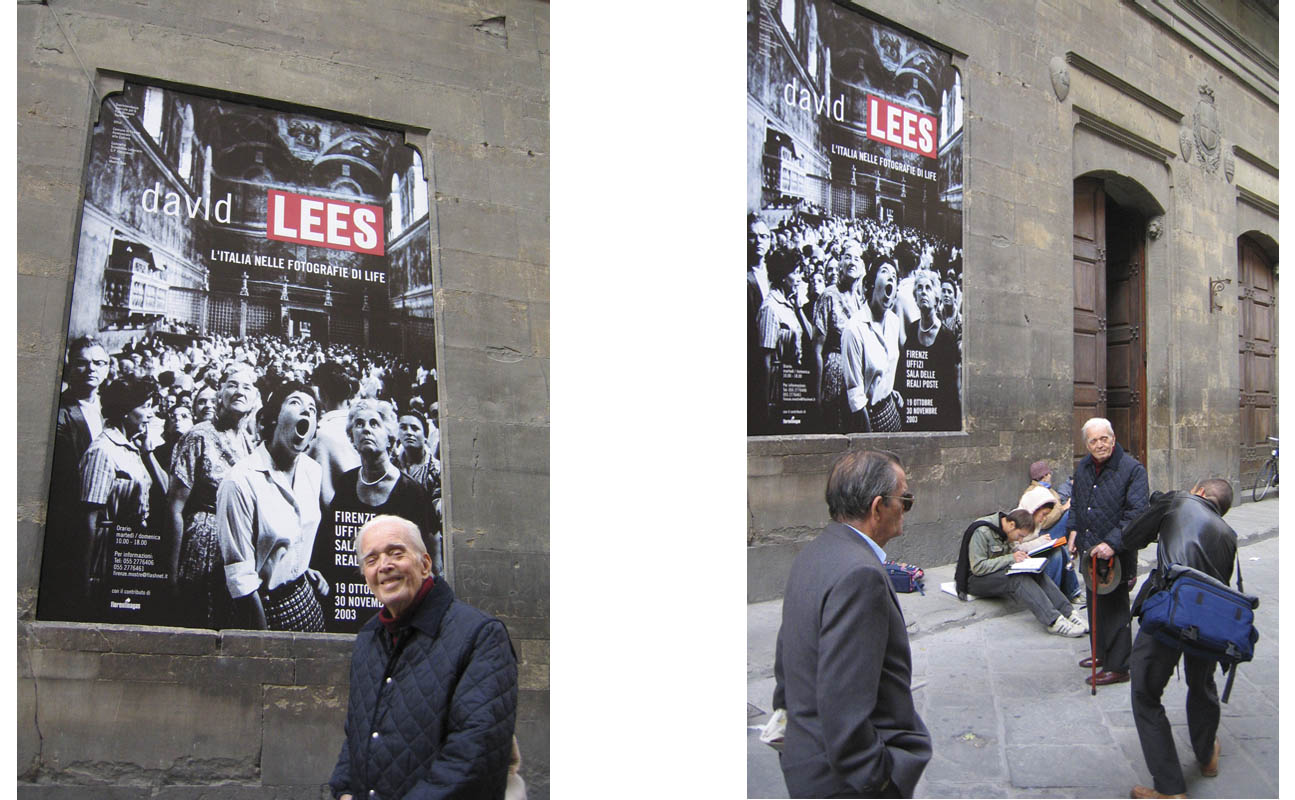 With David at the opening of his latest exhibition in life, hosted in the hall of the Poste Reali, Uffizi, in Florence. Photography by Lorenzo Lees

What does it mean for a man to express himself through images?
For me it meant to have a tool to translate ideas and imagination, as in the case of assignments on the poetry of Garcia Lorca and Byron: this is the great potential of photography, which allows it to break free from the constraints of being always at the "service" of this or that event, which elevates it to a tool of artistic expression.
More concretely, it was a great experience that allowed me to be present in my time, that showed me the world, that has allowed me to appreciate a multitude of people who would otherwise never have met, teaching discipline and allowing me to express myself, to be creative and to have in exchange fame and economic rewards.